When the first Waldorf school opened in Stuttgart in 1919, it was easy to overlook in the flowering of educational experiments and social upheaval sweeping Germany and the world. In the century since then, Waldorf education has grown into a major force in alternative schooling. With more than a thousand Waldorf schools worldwide, known as Steiner schools in some countries, Waldorf pedagogy offers a prominent contrast to conventional educational models. Instead of mainstream standards of academic achievement, Waldorf schools promise an education that integrates “heart, head and hands” into a holistic learning experience based on creativity and individual expression. Parents drawn to an unconventional classroom environment, with emphasis on the arts and music, find Waldorf programs appealing. In Germany and elsewhere, the schools tend to attract an affluent and cosmopolitan clientele. Many see them as a paradigmatic example of progressive education.

Yet the history of the Waldorf movement reveals a more complicated picture. At its founding a century ago, Waldorf education represented an uneasy synthesis of tradition and reform, including crucial conservative elements directly at odds with progressive practices and alternative pedagogical ideals. In several ways, the movement’s development since then has obscured its own origins. A fuller understanding of its history can give both admirers and skeptics of Waldorf schooling a more informed sense of its potentials and pitfalls.

Waldorf schools were initiated by esoteric thinker Rudolf Steiner (1861-1925), one of the major figures in the modern German occult revival around 1900. Born and raised in Habsburg Austria, Steiner embraced the esoteric doctrine of theosophy after the turn of the century, a period when occult worldviews appealed to educated strata in German-speaking Europe. In 1902 he became General Secretary of the German branch of the Theosophical Society until breaking away to found his own Anthroposophical Society in 1913. According to Steiner, anthroposophy is a “spiritual science” based on clairvoyant perception of the “higher worlds” that structure the cosmos and shape human affairs. His followers believed that Steiner held “divine authority” and was “more or less infallible.”[1] While some schools have evolved beyond unquestioning loyalty to their founder, the same pattern of deference to Steiner continues in much of the Waldorf milieu today.

For critical analysts of Waldorf education, this is a serious concern. Steiner’s teachings covered an enormous range of topics, some of them controversial, and the ensuing debates have shadowed public discussion of Waldorf schools for decades. An unresolved past hangs over the movement’s present, while supporters and detractors alike increasingly look to examine the subject in more depth. Since Waldorf schools remain a part of the broader current of anthroposophy, with all of its esoteric intricacies, myths surrounding Steiner routinely get in the way of historical assessment. Interested observers nonetheless have a wide range of sources to draw on.[2] Three main themes merit particular consideration in the present context: the development of the Waldorf movement in its early years; the relationship between Waldorf methods and progressive educational practices; and the ongoing influence of anthroposophist principles in the Waldorf classroom.

Despite the success of the Stuttgart school, the growth of the larger Waldorf movement was initially precarious. Of the three further schools founded in Germany in Steiner’s lifetime (1921 in Cologne, 1922 in Hamburg, and 1923 in Essen), two closed within a few years. The movement had an ambivalent relationship with the democratic structures of the fledgling Weimar Republic that emerged from German defeat in the First World War. One of the founding fathers of the Stuttgart school called for establishing a “völkisch state” in Germany rather than bowing to “the democracy imposed on us by the West.” By 1933, when Hitler came to power, there were nine Waldorf schools across Germany. Standard accounts by Waldorf advocates typically report that the schools were simply persecuted and closed by the Nazi regime. The historical reality was much more complex.[3]

Many Waldorf leaders were eager to compromise with Nazi authorities and readily adopted Nazi vocabulary. In correspondence with Nazi supporters, they rejected “international reform pedagogy,” condemned “intellectualism,” and complained that “Rudolf Steiner has been slandered by Jewish lies in the press.”[4] Waldorf schools in the Third Reich vigorously committed themselves to the Nazi vision of Erziehung zur Volksgemeinschaft, of educating young Germans to be loyal members of the “national community.” Nazi agencies nonetheless opposed private schools as enclaves of privilege. After years of accommodation, the Stuttgart Waldorf school was closed by hostile officials in 1938, while others continued until 1941. For decades scholars have admonished Steiner’s latter-day followers for attempting to “dismiss the Waldorf movement’s deliberate proximity to National Socialism as a problem of personal mistakes and sympathies.”

The stance of Waldorf educators before and during the Nazi era revealed substantial differences with progressive pedagogy, some intentional and others contingent on historical circumstances. Much of Steiner’s original design for Waldorf schooling was provisional, ad hoc, and somewhat hurried, rather than the patient unfolding of a considered plan. But authoritarian elements were conspicuous from the beginning. The heart of the Waldorf model is a teacher-centered approach to pedagogy, in explicit contrast to student-centered approaches, combined with a sense of spiritual mission.

Waldorf education relies on the child’s “natural religious surrender” to the authority of the teacher, who takes on “the position of priest, and the work of teaching becomes a kind of priestly office.” A sympathetic account by a long-time Waldorf teacher puts it thus:

„The principal objective of education as Steiner perceived it was to prepare the child’s bodily ‘temple’ for possession by the spirit which would lead to a lifetime of moral thought and action in the image of the Christ archetype. As such, Steiner saw education as a ‘salvation’ and current teachers in Waldorf schools have referred to their task as preparing the child to become a vessel of the Solar Christ. The methodological practices Steiner devised for the Waldorf School were found to be based on the techniques fundamental to the meditative discipline of Anthroposophy and teaching content incorporated esoteric ‘truths’ via an ‘inner’ or ‘occult’ curriculum intended to create a worldview commensurate with Steiner’s teachings.“

By discouraging critical thinking and investing teachers with „unquestioned authority” in the classroom, Steiner’s educational paradigm departs fundamentally from core principles of alternative pedagogy and “paradoxically reproduces the hierarchical power relations between adults and children common in mainstream schools rather than living up to its popular image of educational freedom.”[5]

Factors like these have stoked a series of public controversies over Waldorf schooling in recent years. Anthroposophist tenets are a persistent concern. Esoteric beliefs about karma and reincarnation underlie the Waldorf curriculum, while teacher training often elevates Steiner’s doctrines over practical pedagogical skills. According to internal surveys of Waldorf faculty, only a tiny percentage of current teachers take a critical or skeptical attitude toward anthroposophy.[6] Steiner’s idiosyncratic viewpoint on evolution and science guides instruction; Waldorf teachers hold that “human beings are not descended from the apes.”[7] Vaccine hesitancy and low immunization rates are a significant problem at Waldorf schools in Germany, the United States, and other countries.[8]

Doubts about curricular content are sometimes exacerbated by an unwillingness among school representatives to acknowledge the anthroposophical provenance of standard Waldorf policies. This dynamic has led to repeated episodes of disillusionment: “Waldorf parents frequently feel that they are being misled, tricked, left out, or left in the dark with what they perceive to be the secrets of Waldorf education’s true basis.” Steiner’s racial teachings continue to attract scrutiny, and charges of racism have been aired at various Waldorf schools. In Germany, recurrent incidents linking Waldorf teachers to the far right have impacted the movement’s image, along with increasing media attention to the affiliations between Waldorf personnel and the conspiracy-minded “Querdenker” or “contrarian” milieu that has arisen in the midst of the coronavirus pandemic.[9] Right-wing spokespeople have claimed the Waldorf cause as their own.[10]

These dynamics did not appear out of nowhere in the twenty-first century alternative education scene. They have a history. Informed responses to such challenges, from within the Waldorf movement or without, will require critical historical perspective. Recognizing this responsibility has not proven easy; agitated reactions to critical inquiry have been a hallmark of anthroposophist discourse from Steiner onward. Contemporary observers noted that many anthroposophists were “absolutely uncritical and believe anything Dr. Steiner tells them.” Current academic researchers on Waldorf education observe that even today Steiner’s followers “continue to tolerate neither doubt nor open criticism.”

Public statements from Steiner’s adherents all too often reflect this standpoint. In a telling early instance, a 1926 dissertation on Waldorf pedagogy provoked a furious retort in the official publication of the Anthroposophical Society in Germany, denouncing it as “moronic.”[11] As with any multifaceted movement, however, there are countervailing tendencies. Some Waldorf representatives are working toward a candid dialogue with critical voices from outside the anthroposophical fold, in a process that is still halting but nevertheless promising.

If that process is to bear fruit, it will need to engage in a historically contextualized “demythologisation of the figure of Steiner” accompanied by an honest appraisal of inherited Waldorf traditions.[12] Steiner was a man of contradictions, and viewing him as a historical figure rather than a revered mentor can open up genuine alternative potentials embedded within the movement he initiated. Waldorf schools can aim to be more than a comfortable sanctuary for well-off families, more than an indistinct protest against the deficiencies of mainstream education, more than an institutional embodiment of esoteric ideals. As a younger generation of Waldorf advocates starts to challenge the historical complacency of their forebears, the paradoxes of the movement’s past can help point it toward a more reflective future. 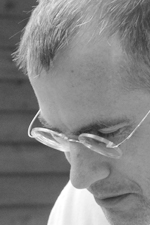 Peter Staudenmaier is an Associate Professor
in the Department of History
at Marquette University in Milwaukee, Wisconsin